On 1 October 2021, the autumn session of the Swiss Parliament concluded. The National Council and Council of States resolved how to proceed with the promotion of renewable electricity production from 2023 onwards. Initiated by a parliamentary initiative, the Parliament was called upon to address this issue before discussing the major revision of the Electricity Supply Act and the Energy Act.

OPP Beteiligungen AG, a company with its domicile in Burgdorf, specializing in the acquisition, development and management of SMEs in the broader MEM sector, has sold its Accuratech-Group to the Swedish Sandvik Group. The Accuratech Group develops and produces fine wires and tubes for the medical technology sector. The group includes Accuratech AG, Burgdorf, Polyfil AG, Zug, Galvarex SA, St Imier and Polyflex s.r.l., Calimera (Italy).

Sandvik is a global listed company with 37,000 employees and group sales of app. CHF 10 billion. The Accuratech Group will be independently managed within the Medical Unit of Sandvik.

GHR Rechtsanwälte acted as lead counsel for the legal and tax matters of the seller. Gerhard Roth led the transaction together with colleagues Stephan A. Hofer and Jil Suter.

GHR Rechtsanwälte AG advised on the sale of Häubi AG

GHR Rechtsanwälte AG advised on the sale of Häubi AG, which has been known since 1927 for innovative solutions in the field of interior design for medical and dental practices as well as private and public spaces. All shares of Häubi AG were family-owned until the sale and were sold to Häubi Holding AG. GHR Rechtsanwälte AG acted as legal advisor to the sellers of Häubi AG. The GHR team included Bruno Hunziker (partner, lead) and Michelle Wolf.

DER Touristik Group, a member of German REWE Group, has formed a joint venture with DSR Holding, a subsidiary of Deutsche Seereederei Group. The two companies each hold a 50% stake in DR Hospitality GmbH & Co. KG which was established for the purpose of the transaction. The closing of the transaction is still subject to clearance by the relevant antitrust authorities.

GHR Rechtsanwälte partner Marc Grüninger has again been recognized by his peers among Switzer-land's best lawyers for Mergers and Acquisition Law and has been selected for inclusion in the 12th Edition of The Best Lawyers in Switzerland: https://www.bestlawyers.com/current-edition/Swit-zerland

With the ratification of the Paris Agreement on climate change in October 2017, Switzerland had committed itself to pursuing the climate protection targets set out in this agreement. To this end, the Federal Act on the Reduction of Greenhouse Gas Emissions (CO2-Act) should have been completely revised and a new reduction target should have been anchored by 2030. However, on June 13, 2021, the Swiss electorate rejected the proposed bill. What's next? Read more in our ELQ.

For the fifth time in a row, the leading Swiss business magazines BILANZ and Handelszeitung have published their annual rankings of the best law firms in Switzerland.

We are very pleased that GHR Rechtsanwälte AG have been listed again this year as a top law firm in the field of restructuring and insolvency law.

We thank our clients for the trust they have placed in our firm and its members over the past thirty years.

For the second year in a row, GHR Rechtsanwälte partner Marc Grüninger has been recognized by Who’s Who Legal WWL as Switzerland's Lawyer of the Year for Energy Law. In addition, he is ranked by WWL as Global Elite Thought Leader-Energy 2021 and is recommended as National Leader-Switzerland 2021.

Transfer of the Extra-high-voltage Grid to Swissgrid

Since 2013, the national grid company Swissgrid has gradually acquired ownership of the entire transmission grid in Switzerland. However, this transaction stipulated by law is not yet fully completed. It is considered one of the largest and most complex in Switzerland. ElCom has now determined the chargeable values of the transmission network assets and has recently published the rulings. The way is, therefore, now clear for the transaction to be completed. Read more in the attached ELQ.

GHR - A Swiss law firm with a global reach

GHR Rechtsanwälte AG is a leading independent full-service law firm with a proven track record in major areas of business law and strong international relations with some of the world’s leading law firms.

With almost 30 years of experience and a team of highly qualified and dedicated professionals, we take pride in our work, our understanding of our clients' needs and industries and our unparalleled customer service. Our mission is to provide value beyond legal advice.

Become a part of GHR.

GHR has been and is consistently ranked and recognized by independent leading directories. Our clients appreciate our short time to market, our flexibility and our commitment to generate added entrepreneurial value through real-world solutions. 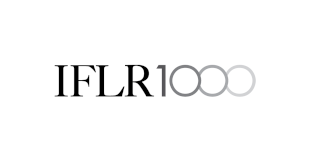 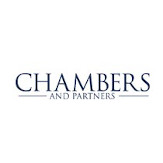 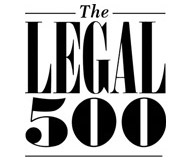 Stay informed by signing up to receive our newsletter